Last year bitcoin had a phenomenal run leading up to its all-time high of $19,600 per BTC this past mid-December. The price over the past few weeks had since dipped to a low of $5,900 on Monday, February 5, losing close to 65 percent of its value in a short period. The dip has ‘rekt’ a lot of cryptocurrency traders but the ‘richest bitcoin holders’ have gained thousands more BTC taking full advantage of these significant price variances.

Also read: Following Money Through the Bitcoin Laundry Is Not So Easy

Cryptocurrency enthusiasts understand that digital currencies often fluctuate in price and over the years many traders have been able to take advantage of these swings. Essentially if a trader can guess the top and sell their bitcoins, then follow that maneuver by buying back in at the bottom, that individual can gain a lot more coins. One particular group of BTC holders that have taken advantage of these swings time and time again — are the top 100 richest ‘bitcoin whales.’ The individuals or groups of people known as bitcoin whales hold vast quantities of cryptocurrency and they can sometimes use their assets to ‘move the market.’ According to data collected from Bitinfocharts.com most of the 100 richest BTC addresses haven’t lost any money during the last 65 percent dip — In fact, their stacks of BTC increased exponentially. 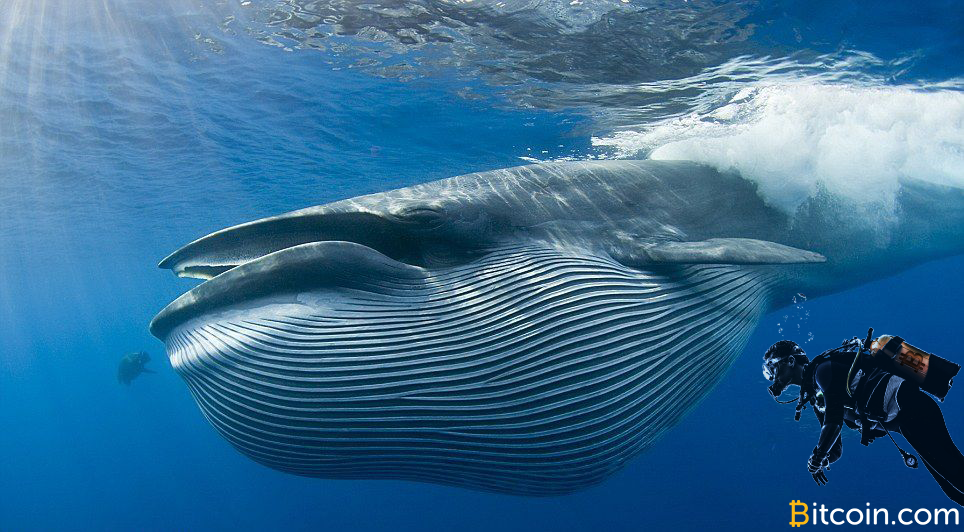 Take for instance the owner of the most substantial amount of bitcoins located in one address which currently holds 167,000 BTC at the time of writing. The wallet started collecting BTC approximately two years ago when the address recorded its first deposit of roughly $840 dollars worth of BTC. Now there is $1.4 billion USD worth of BTC held in the wallet as thousands of coins have been collected since its inception. Coincidentally this bitcoin whale has been able to acquire a lot more BTC during each meteoric rise in value, and the typical dumps that follow soon after. In 2017 there have been six ‘major’ corrections that have seen BTC lose over 30 percent or more of its value, and this particular whale has gained more funds every single time.

Many of the wealthiest bitcoin addresses besides wallets that have been dormant for years have followed the same pattern. These bitcoin whales have been able to accumulate more bitcoins due to catching the highs and lows at precisely the right time. Perusing through the top 100 richest addresses shows many of them sold thousands of BTC at once between November and December 2017. Bitcoiners have had many ‘whale sightings,’ and you can often see forum posts and Twitter conversations concerning these market movers during big price spikes and subsequent dumps. For example, on November 12, 2017, when cryptocurrencies were reaching new price highs, blockchain spectators noticed 25,000 BTC was sent to the exchange Bitfinex.

The most affluent bitcoin holders have been a controversial subject for quite some time. Mainstream media likes to assume that 1,000 addresses own more than 40 percent of the market. Some speculators believe whales can even contact each other, which could lead to enormous BTC market movements. Kyle Samani, the managing partner at Multicoin Capital, believes this theory and states:

I think there are a few hundred guys — They all probably can call each other, and they probably have.

However, a research report published last fall reveals that the assumption that “1,000 people own 40% of the BTC market” is false. According to data collected by the Bambou Club, many models of the current distribution of bitcoin wealth that analyze wallets and addresses usually “always fail.” Bambou Club says that the issue with most data estimates is they fail to recognize the relationship between the owner, wallet, and address. “It is not necessarily 1: 1: 1,” explains the report.

“That is to say, it is not true by definition that one person has one wallet that uses a single bitcoin address,” the trading analysis group Bambou Club notes.

For a start, a person may hold many bitcoin wallets. And a wallet can make use of many bitcoin addresses. (Indeed it is advisable to generate a new address every time you use your wallet for reasons of anonymity.) So the relationship can be 1: Many: Many.

Whales Are Getting Bigger, But It Only Takes 15 BTC to be In the Top One Percent

Essentially using a different method of data collection, Bambou Club derived the distribution of global wealth and the global ownership of bitcoin numbers, then the researcher mapped the wealth distribution to calculate a better bitcoin distribution analysis. According to the study, there are more than 25 million bitcoin owners, and it only takes 0.153 BTC to be placed in the top 30 percent most affluent bitcoin owners. Moreover, you only need “15 BTC to be in the top 1 percent,” the data reveals.

While it’s true bitcoin whales are continuing to accumulate BTC over time, mainstream media’s portrayal of the 1 percent is a bit skewed according to a different method of analysis. We don’t know if the whales work together to move the price other than mere internet speculation. But we do know that over the course of various market fluctuations over the years, and especially this past 70 percent dip, many of them have become much larger fish in the sea of bitcoin wealth distribution.

What do you think about bitcoin whales taking advantage of large price spikes and corrections to accumulate more BTC? Do you believe the BTC wealth distribution is too concentrated or do you think that Bambou Club’s analysis is more correct? Let us know your thoughts on this subject in the comments below.

Images via Pixabay, the Great Wall of Numbers, Bitcoin.com, Bambou Club, and Bitinfocharts.com.

Do you agree with us that Bitcoin is the best invention since sliced bread? Thought so. That’s why we are building this online universe revolving around anything and everything Bitcoin. We have a forum. And a casino, a mining pool, and real-time price statistics.