Online news source The Korean Times reported this week “Financial authorities have been talking to the country’s tax agency, justice ministry and other relevant government offices about a plan to allow ICOs in Korea when certain conditions are met,” it quoted an anonymous source as insisting.

Initial coin offerings are an increasingly popular way to finance projects, and are often much less cumbersome and expensive than their namesake, initial public offerings, which involve gaggles of lawyers just to navigate legal hurdles. ICOs have also come under increasing scrutiny around the world, however, due to investors being scammed out of millions. 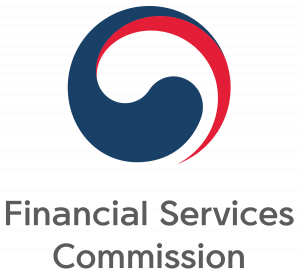 금융위원회 Financial Services Commission (FSC) is the Republic’s main financial regulatory body, directing the country’s Financial Supervisory Service (FSS). FSC’s crypto regulator, Kang Young-soo, hasn’t committed to ICO liberalization publically, telling the National Assembly: “There are many speculating about the possibility of allowing ICOs. The FSC has acknowledged a third-party view regarding the issue, but there’s nothing that we can say officially at the moment. Yes, we have to have plans on how to advance blockchain-related technologies and effectively regulate crypto-trading. This is a separate issue.”

Still, The Times reports, “The financial authorities are preparing a plan to allow initial coin offerings (ICOs), digital token-based fundraising rounds, for domestic investors, to advance blockchain-based technologies, according to sources familiar with the issue.” It would be a major turnaround for the crypto-crazed nation, as regulators in Fall of last year outright banned ICOs for residents.

Perhaps tellingly, “Despite this, the administration has yet to implement the ICO rule and hasn’t forced companies to return ICO funds. It also continues to let local investors put money into foreign ICOs and digital currency exchanges operating within the country,” The Times reveals. South Korea plays a very large role in the overall fiscal health of the speculative cryptocurrency market, and plays a hand in dictating the price of coins and general sentiment. 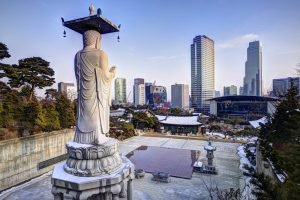 “Various scenarios such as the imposition of value-added tax, a capital gains tax, or both on trade,” another anonymous source is quoted, “and the collection of corporate tax from local cryptocurrency exchanges, as well as the initiation of authorized exchanges with licenses are being discussed,” adding transparency between ministries and banks will allow capital to be better monitored.

In business-oriented countries like South Korea, they understand outright prohibitions on mechanisms such as ICOs mean those startups and capital will move to friendlier climes, and thus starve the region of badly needed growth. Instead, more politicians are at least considering embracing innovation by folding them into existing regulatory structures.

Is regulating ICOs the way to go for South Korea? Let us know in the comments!